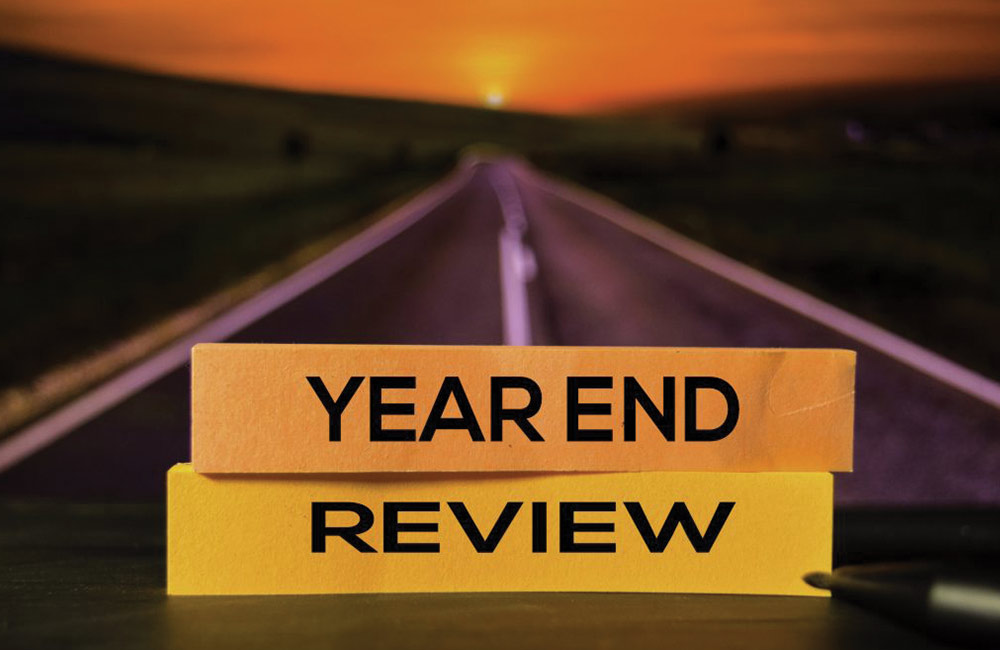 2019 Legislative Session: A Look Back on the Year

When the Legislature convened back in January, the law enforcement community viewed the upcoming session with trepidation.  In prior years, we were able to prevent the passage of bills that were highly objectionable to public safety. This was mostly done by forming coalitions between moderate Democrats and the Republican legislative delegation.  In the session that convened at the beginning of 2019, however, the number of Republicans has dwindled, and moderate Democrats are fewer.

Main Concerns: Use of Force and the “Necessary” Standard

Into that mix was a group of bills that were problematic for the public safety community. At the top of the list was Assembly Bill 392, by Assembly Member Weber.  Assembly Bill 392 would have introduced an entirely new standard for determining when it was acceptable for an officer to use force. The time-tested standards of “reasonableness” was replaced with an entirely new standard: the new standard focused on whether the use of force by an officer was “necessary.”

It is important to note that “necessary” is a largely vague standard.

AB 392 also had a series of de-escalation directives to an officer in the field, which codifies actual practice of officers today.  The difference was that an officer uses force would be subject to judgment through 20/20 hindsight. If it was determined that a de-escalation technique was not utilized before the use of force, the officer could be subject to criminal prosecution.  This would have been an unheard of pathway to criminal prosecution of an officer.

AB 392 may have also had a chilling impact on the ability of an officer to keep the peace and on the officer’s ability to protect themselves.

Concerns over the direct effect on officers’ safety came to dominate the debate over Assembly Bill 392.

On the afternoon of May 23, Assembly Bill 392 was amended to remove many of its features which were objectionable to law enforcement.  As a result of those amendments, the majority of law enforcement organizations then shifted their position on that bill from “oppose” to “neutral”.  The groups who have changed their position include PORAC and the California Police Chiefs Association.  Significantly, some of the sponsors of the original version of the bill withdrew their support for the amended version.

The language of the bill continued to direct officers to “use deadly force only when necessary in defense of human life.”  The bill also directed officers, when possible, to use techniques to de-escalate the situation before using their firearm, the language “when possible” represented a change from the original version of AB 392, which explicitly required officers to exhaust nonlethal alternatives before resorting to deadly force.   The impact of the “when possible” amendment was to assure that the mere absence of the use of a de-escalation technique would not expose the officer to criminal liability.

As further amended, the bill no longer defined what would constitute a “necessary” use of force. Instead, the bill now provided that the actions of both the officer and the suspect would be considered in court in determining whether a shooting was justified.  Previously, the bill itself defined what constituted “necessary” circumstances and provided that the court would determine the actions of only the officer in determining whether a shooting was justified.  Under the amended version of the bill, the issue of whether the use of deadly force was “necessary” will now be left to the courts on a case-by-case basis.

Under the revised version of the bill, it is clear that officers were not required to retreat or back down in the face of a suspect’s resistance and that officers will continue to have their right to self-defense if they use “objectively reasonable force.”

The amended bill did retain language that expanded the scope of investigations around lethal incidents.  Current law permits only the moment of deadly force to be used in considering whether an officer acted legally.  Under AB 392 the “totality of circumstances” would be examined, which includes actions the officer took leading up to the use of deadly force.  There is a slight amendment to this provision which provided that the actions of the suspect, as well as the officer, are to be considered in evaluating the totality of circumstance.

The impact of the totality of circumstance standard could change how officers are disciplined and trained.  It could even allow officers to be prosecuted based on their conduct leading up to the lethal event.  Removed from the bill, however, is a section that would have held officers criminally liable in cases of criminal negligence resulting in someone’s death.

Other Opinions on AB 392

Robert Weisberg, professor of criminal law at Stanford University, has characterized the amended bill as being “a middle ground” between the parties.  Professor Weisberg has also indicated that he suspects the new “necessary” standard to be a difficult standard for the courts.  Since the “necessary” standard represents largely untested legal waters, it can be expected to be a challenging standard for officers and for police agencies in training standards, as well.

Although AB 392 would constitute significant changes in California use of force law, Delaware and Tennessee go further than the California proposal because they include a requirement that police exhaust other alternatives before using force.  And Washington state law calls for police to de-escalate situations.  None of those concepts are articulated in AB 392.

The amended AB 392 also included SB 230 by Senator Caballero, which set new statewide “best practices” and training for use of force standards.  This bill was supported by CCUPCA and the rest of the Law Enforcement community.

Ed Obayashi, a use of force consultant to law enforcement agencies and a Plumas County Deputy Sheriff believes that the amendments took the objectionable elements out of the bill:  “This is so watered down,” he said. “The language is virtually synonymous with current constitutional standards for use of force.  It really is a distinction without a legal difference.”

What Happened to Use of Force and the Necessary Standard

AB 392 passed through the Legislature and was signed into law by the Governor.  But, as Deputy Obayashi indicated, the objectionable provisions were largely excised from the bill.

The changes in AB 392 has effectively ended the use of force debate for the foreseeable future.  Although proponents of the original AB 392 have made soundings of coming back with the original version next year, there is little Legislative stomach for such an undertaking.

The 2019-2020 Budget contained  a $ 5 Million that provides the funding and infrastructure of a bill proposal that CCUPCA originally sponsored.  CCUPCA took the leadership in converting that proposal   from its legislative form of AB 1499 into a direct budget allocation that, upon adoption of this budget item, effectively enacted AB 1499 into law.

The original bill created a grant program in the Office of Emergency Service to make emergency interoperability system funding available to K-12 public schools, community college, California State University Campuses.  The $ 5 million insertion into the state budget bypasses the rest of the Legislative steps and enacts the entire program upon signing of the budget.

Our successful efforts for budget inclusion served to underscore CCUPCA’s expertise and commitment in connection with active shooter issues.  The budget process at the Capitol is similar to the Legislative process in that they involve public hearings on its elements, but very dissimilar in that the deliberations are virtually all behind the scene decision making with no public votes.

Our bill, converted into a budget proposal was presented in the Assembly Budget Sub-Committee in charge of public safety issues, as well as in the Senate Sub-Committee.  After the hearing, we were informed that both sub-committees were favorably inclined to support our proposal. Additionally, the Assembly sub-committee staff was very enthusiastic.

Over on the Senate side, we were told that the Senate Sub-Committee Chair liked the proposal while the staff of that sub-committee was more skeptical.  Then an ongoing process of behind the scenes beseeching – all in direct discussions with Legislators and key budget staff – continued for a two-week period.

Our message of the tragic reality that active shooter incidents take place disproportionately on campuses and we have been actively involved in issues that touch and concern these deplorable incidents has resonated with Capitol policy makers.  California, Texas and Florida have the dubious distinction of being the top three states in the country with the most incidents of this kind.

As readers here also know, the Marjory Stoneman Douglas High School Public Safety Commission report to the Governor of Florida stated the need for school districts and first responders to strive for inter-linking communication services known as interoperability. It was this lack of interoperability that exponentially magnified the tragedy at Marjory Stoneman Douglas High School as first responders did not receive real time communication from the school site. In fact, the shooter had already left the campus by the time first responders were able to arrive.

Our budget item will allow first responders to have real-time immediate life-saving intelligence as they are responding to any emergency incident, enhancing their ability to quickly control the matter and either prevent or minimize causalities.

According to the Public Safety Communication Act of 2002, the Public Safety Radio Strategic Planning Committee has primary responsibility to develop and implement statewide integrated public safety communication systems that facilitate interoperability among state public safety departments and first response agencies. However, efforts have not been made to expand interoperability services to include California educational systems.

Our suggested remedy, as embodied in the state budget, provides availability of this life-saving technology to all K-12, schools, community colleges, as well as the CSU and UC systems.

Other Legislative activity this year involved the usual push-pull of bills that were either favorable or unfavorable to public safety.  CCUPCA articulated serious concerns about AB 302, by Assembly Member Berman.  This bill would have mandated community colleges, with some exceptions (as the bill was subsequently amended to provide for) to provide overnight parking for homeless students who were enrolled.  The bill was ultimately placed on hold by the bill’s author in order to work out some amendments.

At that same time, AB 891, that would have provided for city operated homeless parking programs, reached Governor Newsom’s desk.  It was expected that AB 891 would obviate the demand for AB 302 next year.  Governor Newsom’s veto of AB 891, however, effectively diminishes any chance of AB 302 being enacted next year.  In his veto message of AB 891, Governor Newsom voiced concerned about the fact that the bill created a state mandated local program.  Since AB 302 does precisely the same thing, the chances of it supplanting AB 891 is remote.

CCUPCA was part of a law enforcement coalition that eliminated a dangerous loophole in current law. The last two days of the session brought passage of Assembly Bill 1810, which closes the loophole in the law that allowed passengers in buses, limos, and taxis to smoke marijuana while in those vehicles.

That loophole, unlike SB 625, which CCUPCA also supported, did not prevent second-hand smoke from impairing the drivers of those vehicles.  SB 625 was going to go to Governor Newsom with CCUPCA and other law enforcement support, but the Governor’s office, for reasons that were not clear, indicated that they would not sign that bill.  This left us just six days to draft a new bill closing the loophole that had been created two years ago.

Fortunately, Assembly Member Jim Frazier, Chair of the Assembly Transportation Committee, worked with CCUPCA and our allies on drafting, amending and passing AB 1810, which closed that loophole.  The bill passed both houses of the Legislature in two days and was signed into law by the Governor.

What this means is the party buses, limos and taxis may not permit passengers of their vehicles to smoke marijuana.  This is a huge victory for public safety and CCUPCA was a major contributor.